The 8th March every year is International Women’s Day – an occasion to celebrate the achievements of girls and women, and to promote gender equality. We’ve chosen to celebrate by highlighting some of the Lonely Goats who inspire us.

The truth is that every single member of the Herd inspires us – you’re all amazing – but we had to draw the line somewhere and only select a few, as it would have been a very, very long article otherwise!

We’ve come a long way, but there is further to go

At Lonely Goat Running Club we pride ourselves on being open and available to all runners, regardless of gender (or ability, or anything else). Half of our members are women and we were delighted to be declared as Women’s Running magazine’s Running Club of the Year.

Most of our members live in the UK, where running has become increasingly equal over the past few years – in part thanks to parkrun, Race for Life, and campaigns such as ‘This Girl Can’ – so some people might think it’s not that important to make a fuss about the achievements of women running.

We respectfully disagree. After all, just because running is more gender equal than it has ever been, doesn’t mean there aren’t still improvements to be made.

Also, we exist to ‘support and inspire others, and achieve personal goals together’, and this is best done when we take every opportunity to do so.

The great thing about running is that each of our achievements are unique to us and can be whatever we want them to be.

And that’s a very special thing.

Now, in many countries, it is not uncommon for women to make up a high proportion of the entrants in long distance running events. This has only been the case for the last decade or so, as until recently women runners were a relatively rare breed.

The reasons for this are numerous and varied, but the lack of opportunities was a big factor. Most marathons and other races simply did not permit women to enter – right up into the 1960s and later. For example, women had to wait until 1984 to run the marathon in the Olympics, almost a century after the men.

What changed to get us to the more equal running world we now inhabit?

There’s no single thing, and lots of factors will have combined to get us here, but the influence of other women cannot be understated.

It’s not just about women in positions of responsibility or with a large audience – race directors, event organisers, fitness instructors, elite athletes, or celebrities – but the women we see in our families, friendship groups, workplaces, online communities, and neighbourhoods.

If you see someone running who you can identify with, then that makes it so much easier to imagine yourself running.

Each woman who runs is a potential role model or source of inspiration to a woman who might want to run.

It’s a powerful, self-fulfilling, exponential wave of inspiration – and we think it’s brilliant.

Examples from ‘the Herd’

To illustrate the above, we’ve picked a handful of women who in some way represent the incredible achievements of the Lonely Goat community.

Alison is a cancer survivor and recently posted a ‘Best of 2019’ post on Instagram. Despite having to write off the first part of the year due to surgery, she joined Lonely Goat Running Club in June, got her head down and smashed the remainder of the year: running her 50th parkrun in August, and setting personal bests over the mile, 5km, 10km and half marathon.

Top nine running pictures of 2019. The first half of the year was a write off for me due to injuries and then surgery that I had to recover from. I joined the Goats in June, got my head down and trained hard. Hit 50 Park Runs in August and since September I’ve set new mile, 5k and half marathon PB’s and multiple 10k PB’s, finally culminating in a sub hour earlier this month. Looking forward to achieving more running goals in 2020, first race in the morning. Happy new year x #running #runner #runnersofinstagram #lonelygoatrc #lgrc #yellowgoat #TeamGoat #2020goals #marathon #ultra #5k #10k #halfmarathon #races #parkrun #hardwork #earnit #fitfam #fitness #nofilter #nofilterneeded #sweatyselfie #topnine #topnine2019

In April 2019, Anna ran the London Marathon. Shortly afterwards, she shared this story (first mentioned in ‘Goats on the run 7‘ and slightly edited here) in our Facebook Chat Group.

“I got up early and in the lift in the hotel met an inspirational lady who had lost an eye last year and was riddled with arthritis. She was running the marathon with her husband as her guide. She had only taken up running after she was registered blind.

The first 10 miles went smoothly but miles 10-19 were killers. I also missed seeing my two best friends on Tower Bridge as they were on the opposite side of the road. I had cramp on and off for most of those miles.

Miles 20-26.2 were a bit of a blur. I got a second wind for a while: I managed to see my buddies for a hug at 23 miles and I managed to drag myself, somehow, to the end. I beat last year’s time by just 7 minutes and although I still felt a bit deflated, I have to remind myself that to finish a marathon is still pretty epic and for some people (like the woman I met this morning) it’s so much more than a run.

It’s proving something to yourself or maybe even to others.

It’s finding something good can come out of the darkness.

I know that’s all a bit airy fairy and philosophical, but that’s how I’m feeling right now; pretty humbled.”

As mentioned above, representation matters. If we see people like us doing things we might only dream of doing, then that can help give us the boost we need to achieve our own goals.

On Instagram and on her blog, Kaz is documenting her “Couch to Ultra” journey. It’s an honest account of what is involved and doesn’t shy away from the difficult bits and the tricky moments – as shown by the quote in this recent post:

“The problem I have is I have never trained for a running marathon, never mind an ultra, so I am not quite sure how knackered you should be!”

✅ Rest. Honesty time : I have not been feeling great about my training. I have been doing a lot of cross training recently, and I think I might have overdone it a bit ?‍♀️ . After my last race I was quite despondent about how slow I was, my physical limitations and how tired I was. I got a course PB at parkrun a few days after and I had a great run, but the tiredness fog was still there… . I had been going to bed before 9PM and waking up tired. To remedy this, I have taken a week now of no cross training, no calorie deficit (eating at maintainence) and just doing my planned training runs. I feel much brighter ☀️, but still not back to 100% yet. I'm going to re-introduce cross training next week, just a couple of days where I have no training run planned to see how it goes. It is very difficult to juggle my weight loss and ultra training goals – I need enough calories to fuel my training ? . I will be more careful in future to not overdo it, and try and recognise when it's too much. The problem I have is I have never trained for a (running) marathon, never mind an ultra, so I am not quite sure how knackered you should be ? . I hope everyone is having a great week of training so far! ?

Today’s long run started with a chatty #parkrun with my favourite running buddy @this_is_colee ? due to injury we haven’t run together in nearly a year but after building back up slowly she was given the all clear to try an easy 5km and that exactly what we did. After a congratulatory hug and the obligatory photo, I said goodbye and headed off into the wind to complete the rest of my 2hr long run solo. . . . @runwithjamescoaching #rwjcoaching #running #runner #runnergirl #runnersofinstagram #runhappy #runningcommunity #runwithfriends #marathongirl #marathontraining #londonmarathontraining #chicagomarathontraining #halfmarathontraining #rundisneytraining #thisgirlcan #thisgirlruns #thisgirlcanrun #runaroundeurope #runaroundeuropeambassador #lonelygoatrunners #lonelygoatrc #health #fitness #milesformedals #munrofitness #clanmunro

Back in ‘Goats on the run 14‘ we shared Sam’s ultramarathon experience from the Eddum, a 50 mile challenge on the Epynt Way in Wales.

We’re repeating it here as it shows that it’s not always about how fast you’ve run. Sometimes, the biggest achievements come from overcoming adversity and just reaching the finish line.

“I completed my first 50 mile ultra this weekend! The first 30 miles were epic, then I had a horrid leg injury. I dug in and dragged myself around the last 20 miles to become one of the 2019 Eddum finishers!

I feel like I went through every emotion and then more – brutal!

My completion time became less important as time went on and I just had to finish, pick up my medal and show my family you can do anything if you keep pushing forward. I’m so delighted that I did!

Last, but not least, here’s a story from Susie, first featured in ‘Goats on the run 11‘ for anyone who is thinking about taking up for running, or who has started, but is still finding the going tough.

“I just thought I’d share my story in case anyone was thinking they can’t do it.

I hadn’t run until last March [2018]. After having my second baby in January 2018 and turning 40 I thought I’d better give it a whirl and get fit. So I started a My Asics app, joined a gym with a creche and began my journey – registering for the Race for Life 5K.

This week is my first 10K anniversary and since sticking to a plan and returning to work in January [2019] I am seven half marathons and four marathons in to my running journey.

I’m a sucker for a t-shirt and a medal – I’ve never had any achievements like that before!

If I can, you definitely can!”

Which women runners inspire you?

The women mentioned above – while all incredible in their own way – are just a small selection of the many, many women we could have mentioned.

We’d love to know: Who has inspired you?

It could be the sister who signed you up for your first Race for Life; the colleague who always asks how your weekend run went; the young daughter you want to be able to keep up with; the mother who proudly tells all her friends about your achievements; the author of a book you read; the podcaster you listen to; the partner who supports your goals; the elite athlete breaking records; or maybe just the woman you see on your commute, who is a total stranger to you, but you see her day in, day out, in all weather, head down, trainers on, getting it done.

Let us know the women who inspire you by commenting in our Facebook Chat Group, on Instagram, or in the Strava Club discussions area. 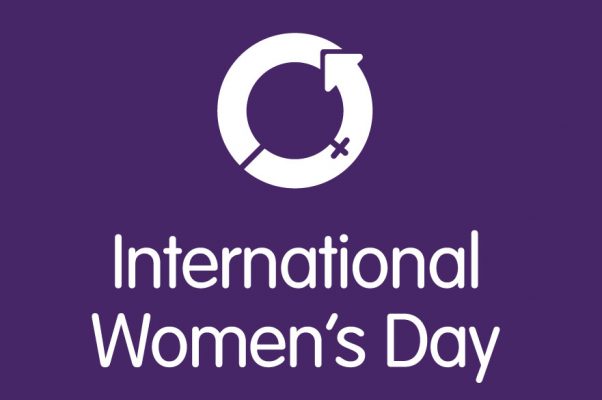